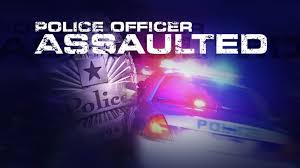 A Johnson City man is facing charges after allegedly committing several transgressions including striking a Johnson City police officer in the face while being arrested. 41 year old Angelo Racanelli, was discovered underneath a vehicle on E Maple Street, while attempting to steal a part from the automobile. Racanelli, attempted to flee from officers and then struck an officer in the face while being handcuffed. But Racanelli’s troubles didn’t stop there. Officers discovered he was also in possession of Methamphetamine, he’s charged with Evading Arrest, Simple Assault Against an Officer and Drug charges. Racanelli was being housed in the Washington County Tennessee Detention Center.